Over the next week a lot of this will be getting updates, including Summon and the login screens for Course Reserve and Document Delivery. One other thing that will change is in the catalog: Friday I’ll be updating the catalog’s “My Account” screen to be cleaner and more intuitive. 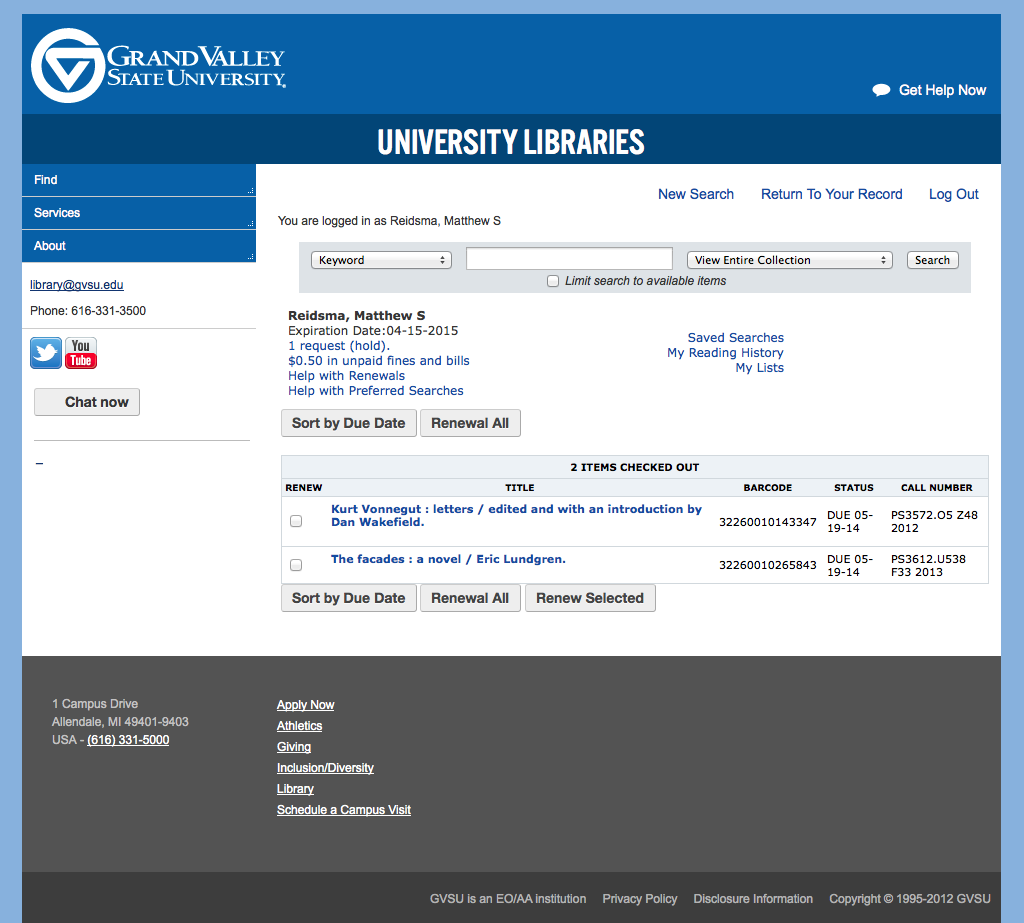 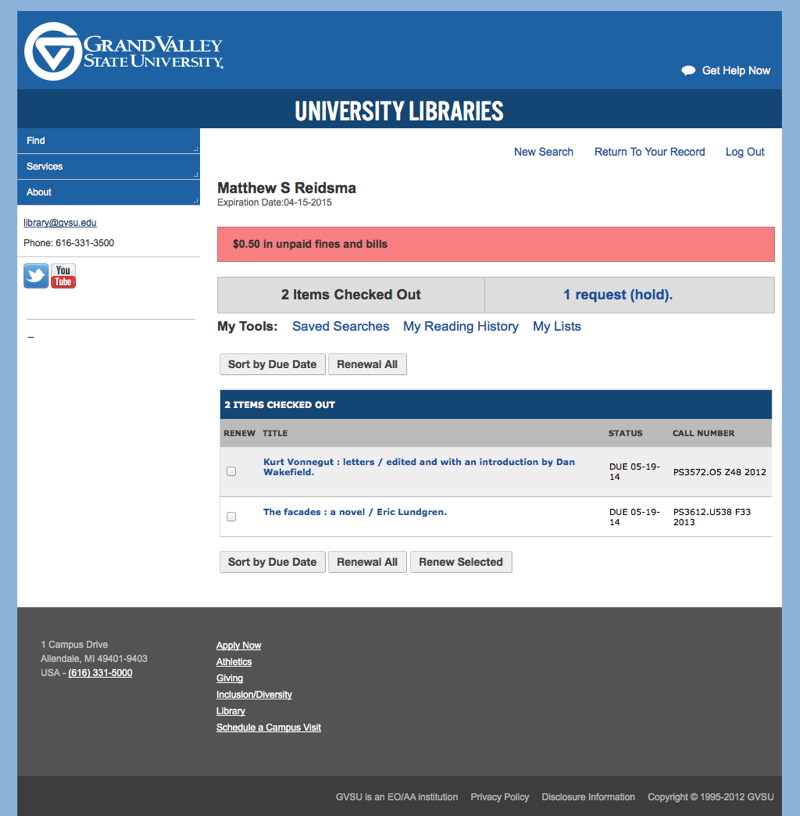 I’ll be running tests next year on this screen to make sure patrons can do the things they need to do. Over the past three years I’ve been collecting user feedback on the My Account screen through various feedback channels, and wanted to take a stab at improving some of the issues. I was inspired for some of the changes by Dave Pattern’s My Account redesign at the University of Huddersfield and the My Account screens at Johns Hopkins.

Some technical details for those interested in such things

For those using WebPAC Pro, you know that III made the decision to hide information about whatever tool was currently visible in the .patFunc table at the bottom of the screen. So, if I wanted every screen to have a count of the number of checked out items and the number of holds, I had to use JavaScript to patch the times when no data was available (with a suitable fallback when JS doesn’t load).

Here’s the code I used (jQuery), to make the “Checked out” numbers appear when the .patFunc table is showing the items checked out (I use a prototype function called toProperCase that changes III’s obsession with ALL CAPS to title case):

In addition, it has always irritated me that the patron’s name is displayed as Last, First Initial, so I wrote a quick function to flip-flop it around:

There is a lot more to do in the OPAC than just organize the advanced search screen or redesign the account page, so you can bet I’ll be tinkering with the search results pages and bib record pages in the future. I already have a good list of things that confuse folks in the catalog, but what bothers you? What do you wish was different?