A few weeks ago, Vicki tipped me off to some very confusing screens in Illiad that I’d missed when I did the last content audit of that system. When a user had problems with their account, they would see either a “blocked” screen or a “disavowed” screen. (Yes, Illiad tells people they are disavowed.) The only information the user had to go on besides these rather dramatic sounding judgments was to call the Document Delivery office between 8-5, Monday through Friday.

There wasn’t a lot of context.

After talking with Vicki and getting a better understanding of why someone might be blocked, or disavowed, I went about redesigning these pages. There isn’t any change in how this issue gets resolved—because unblocking and un-disavowing are manual processes, users still have to contact the office when they are open—but I tried to give a clear, succinct explanation of why there has been an issue in the first place.

For blocked users, this means that they likely have overdue materials or unpaid fines. By contextualizing why they are seeing this issue, and giving them a reason for the specific call to action (as well as giving them an option to email the office with a pre-populated message) I hope that despite not changing the workflow in any way, users will have a better understanding of why there was a breakdown in their account. 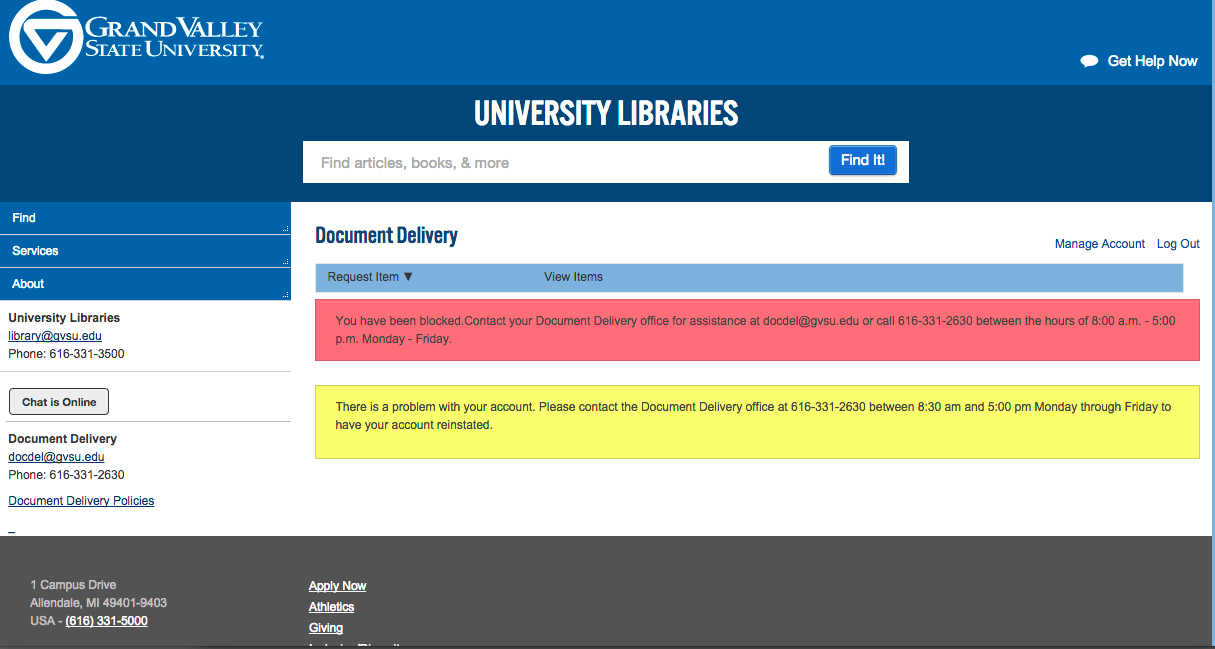 Here’s the blocked screen before. (Why are there two error messages? Who knows.) 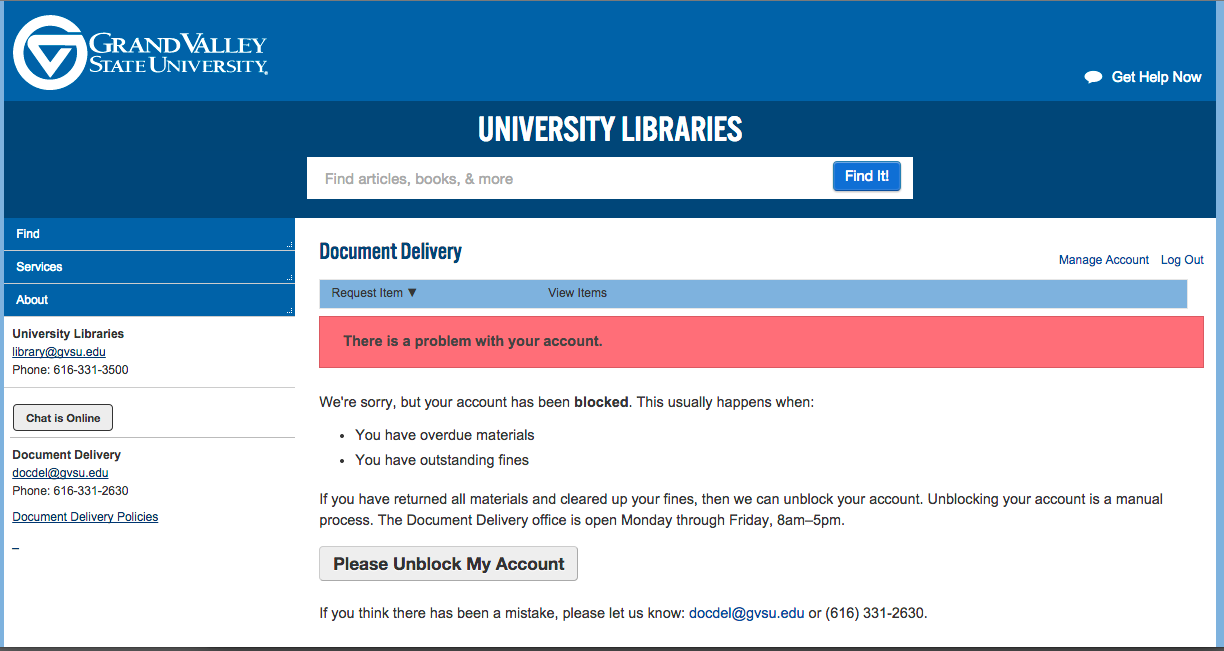 Disavowed users presented a different problem. A user gets disavowed in Illiad when either:

So we took the same approach, giving the user some context and explaining how the problem can be resolved. 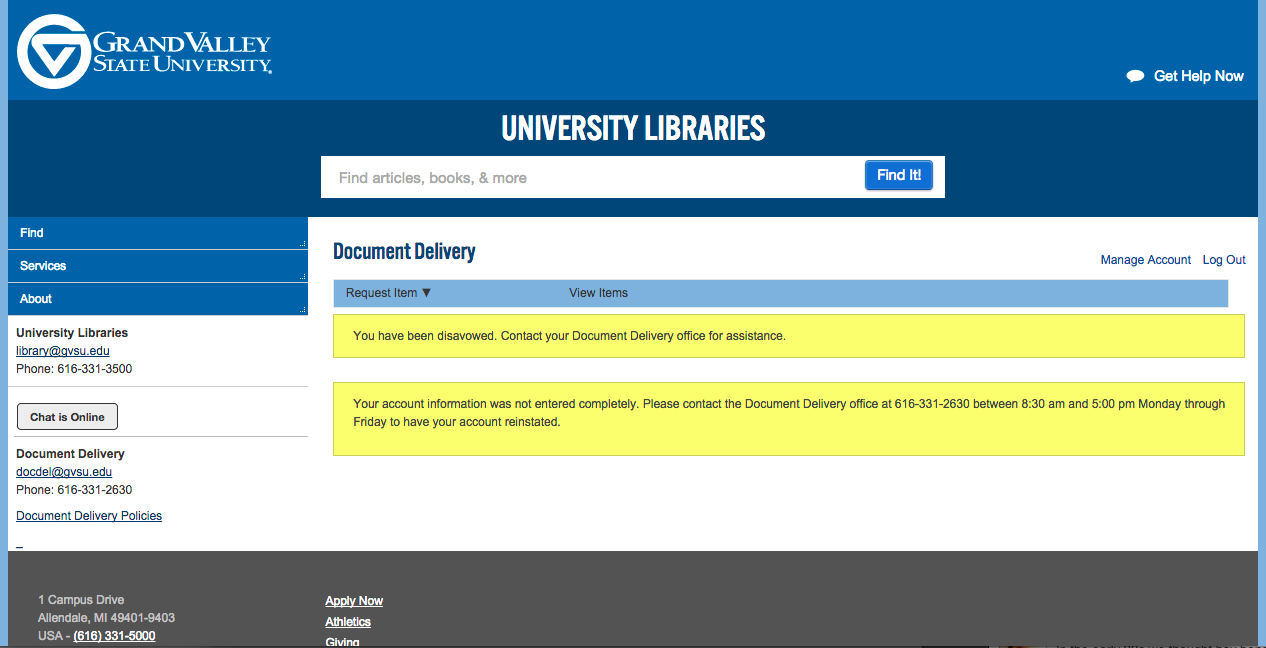 Here’s the disavowed screen before. 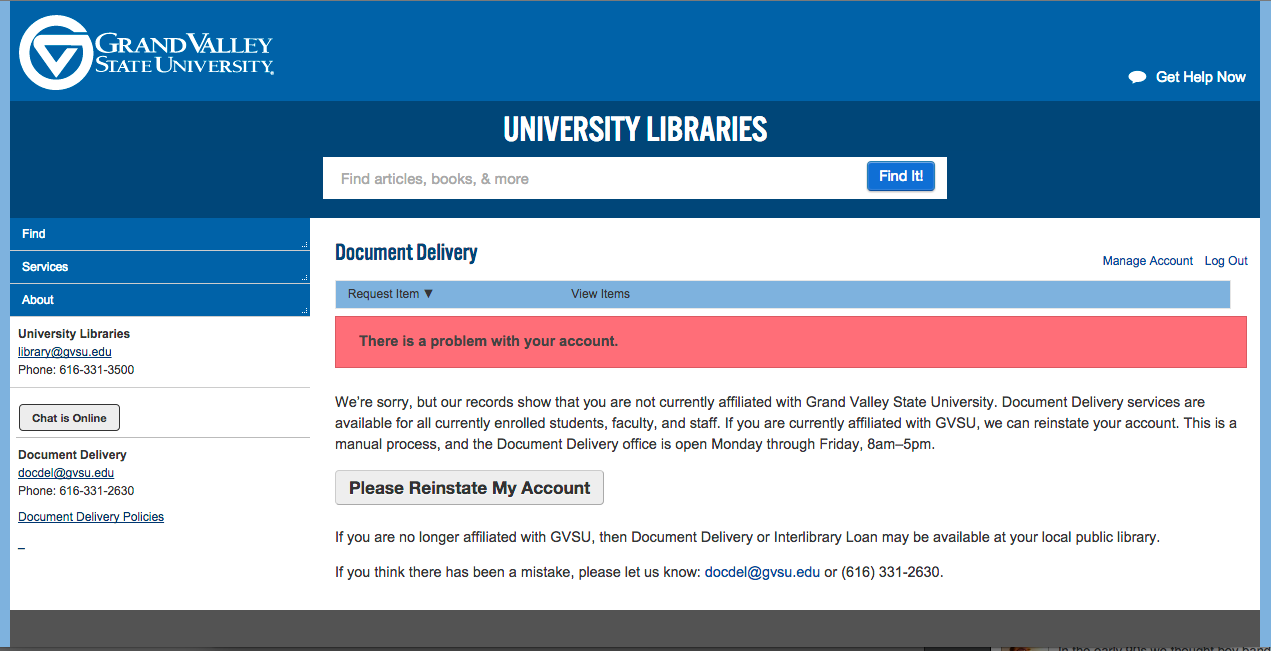 I’ll be following up with users who end up on these screens, and will be doing some informal usability testing later this week on the changes.

This work was done primarily by editing the HTML files DisavowedUsername.html and Blocked.html, but I added some JavaScript to make the error messages more clear. (I didn’t change the actual error messages in Customization Manager, since I don’t have access to it, but that would be the easy way.)

Hopefully this will help folks who are in a tough spot better understand why their account has a problem, and how to fix it. I’ll let you know what we find out!